Halloween has come and gone here in my part of Pennsylvania.  And that is good because today I am buried under more than half a foot of snow and it is still falling.  I have mentioned this every year but I will explain our Halloween again.  The local boroughs celebrate Halloween always the Thursday before the 31st.  It is our way to keep the kids and the drunks off the road at the same time

Thursday it rained.  It rained soaking rains all day.  As I was getting the children dressed for trick or treating it was still raining.  I thought lets still go but this might be a short night.  It was a cold night too.  However as we walked to our friends to join the gang the rain let up and it never started again. 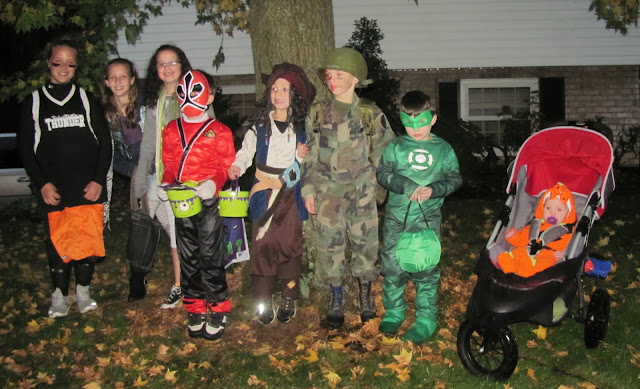 We have been trick or treating with the same group for years since we moved here.  I love the yearly picture.  It is fun to see how big everyone is getting.  Now some people are not in the picture each time but to keep that many people still and together is impossible.  For instance Smiley is not in here. He was  so fast.

But I did capture a few of him.  This year he was spongebob.  He loves spongebob.  Gregory was the red power ranger. And Evan was a pirate.  We always try to have a theme and this year they just started picking out costumes but the theme kind of came together as tv characters.  :(  not cutesy anymore.  Hopefully next year I can have an awesome family costume. 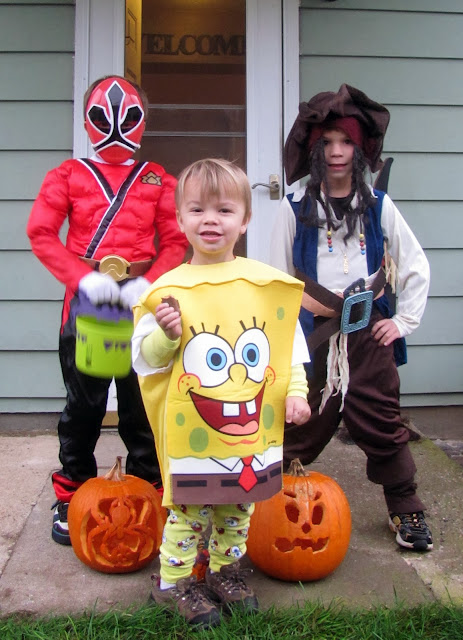 Sadly because of the rain and quickness needed to watch smiley I did not get Faith in any of those picture but she was there.  Can you guess what she was?  I bet you are thinking princess but no.  She was a little pumpkin.  All my kiddos start out as pumpkins. 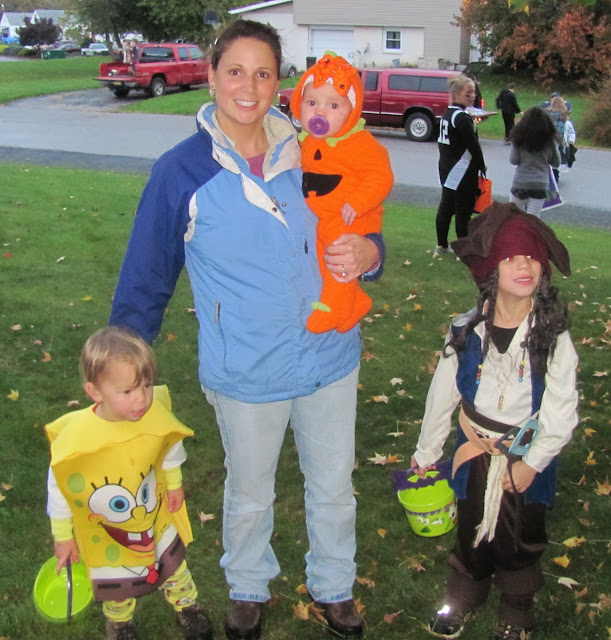 And with my friends daughter who is also a Faith.  Olivia Faith but that's okay. 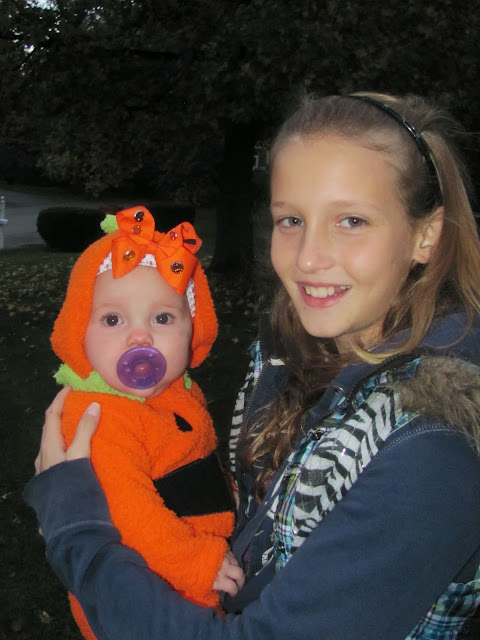 They loved getting the candy.  Smiley did not understand not eating it as soon as he got it but he like trick or treating and his brother tried to help. 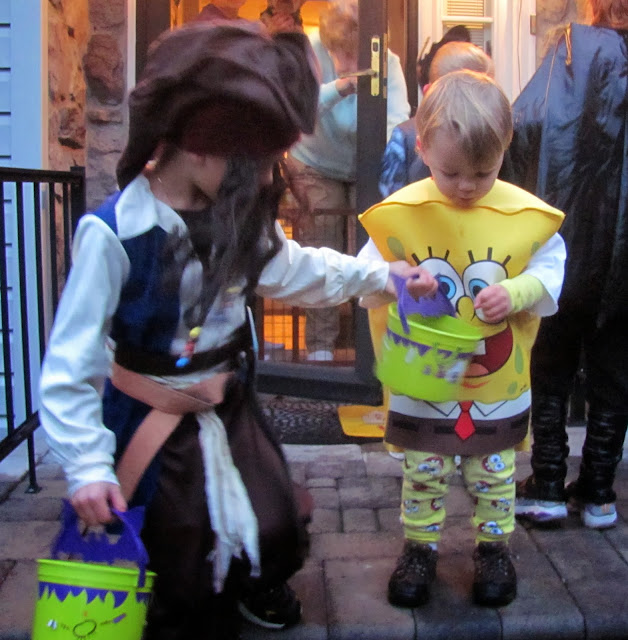 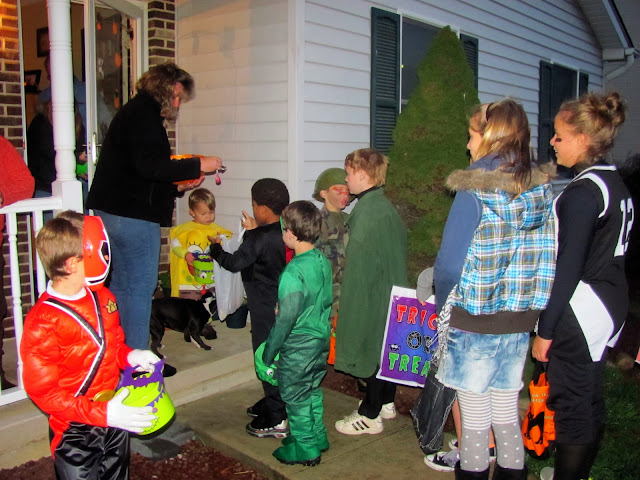 Faith did not trick or treat she just enjoyed her binky and bundled up for the ride. 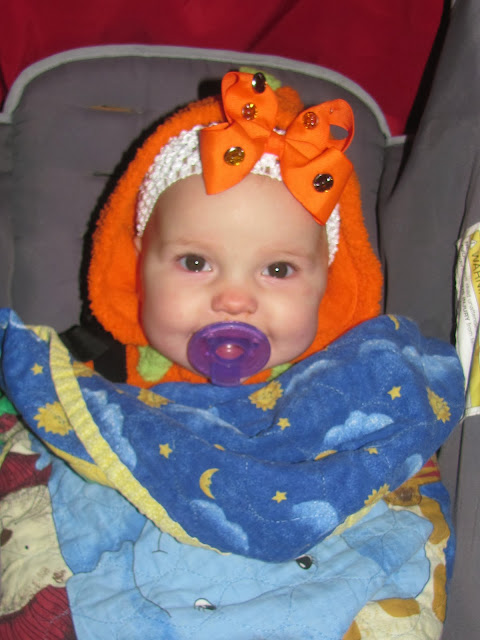 This year had a big first too.  It was the first year the boys carved there own pumpkins.  With NO help from mom.  I was there I supervised but they did it all. 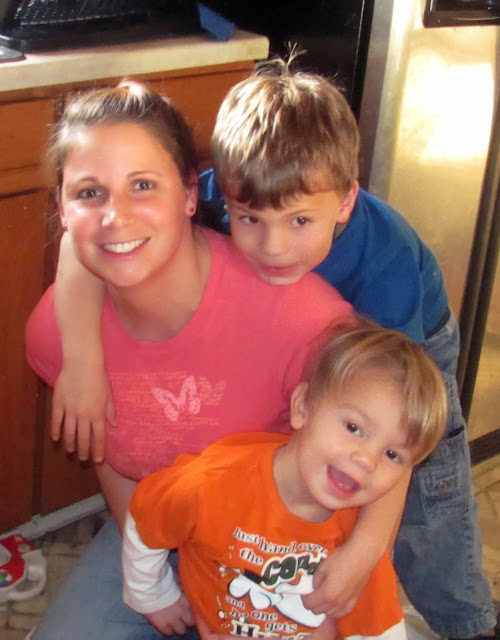 They piced out or created there own design.  Scooped out all the guts. 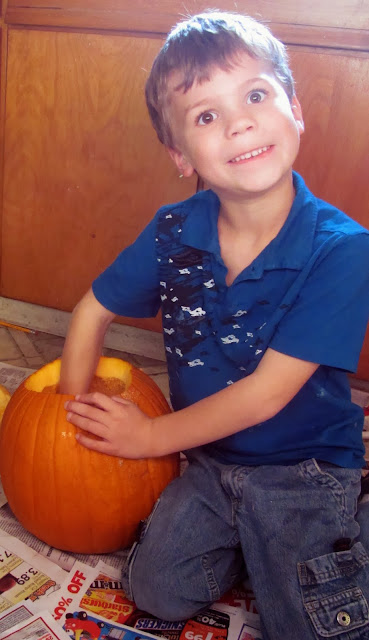 And worked hard at carving them. 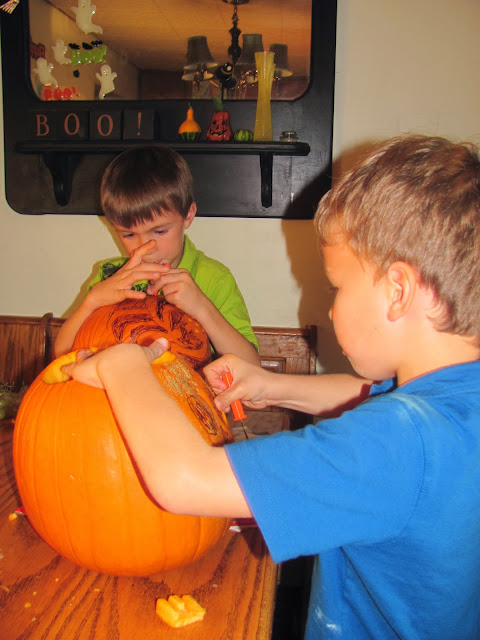 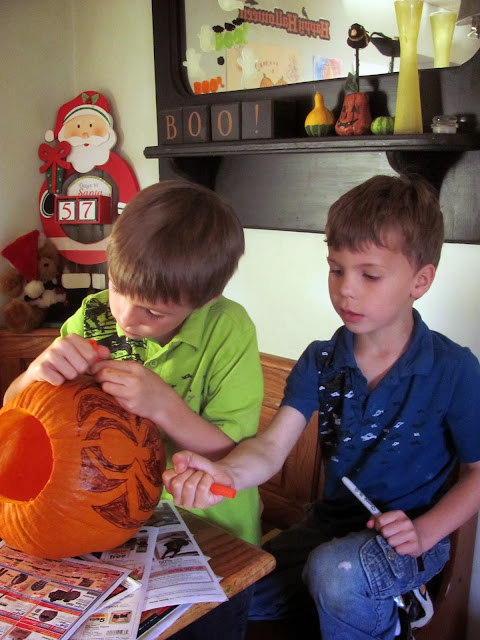 I think they did a good job. 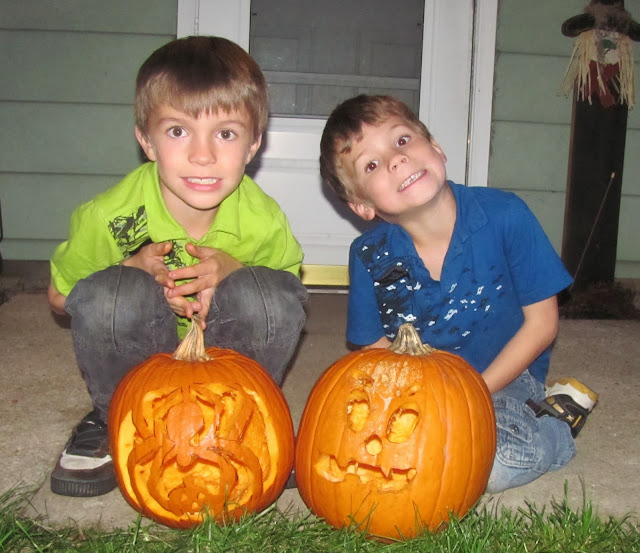 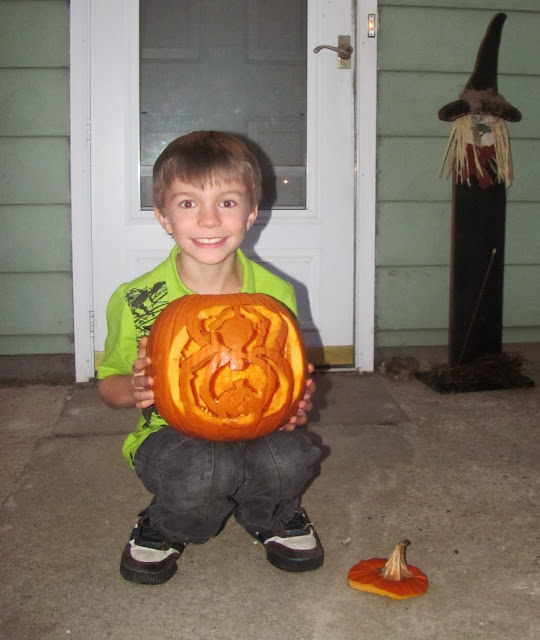 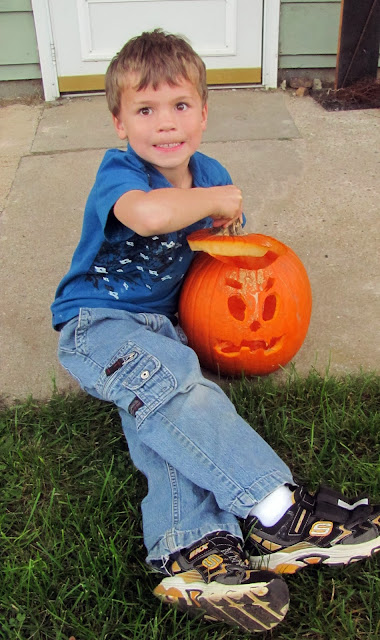 I did not let Smiley crave a pumpkin nor was his big enough to carve but under the guidance of his brothers he painted one. 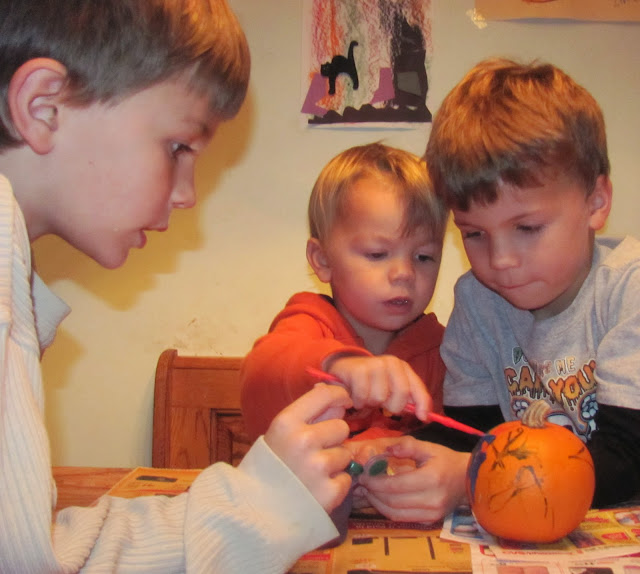 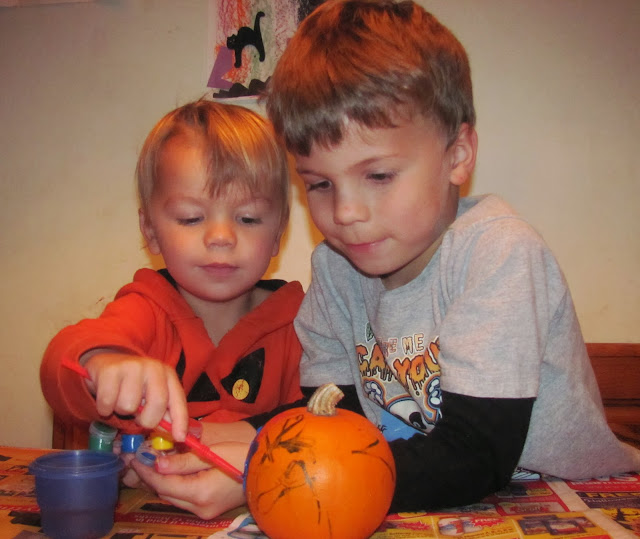 I think they came out great. 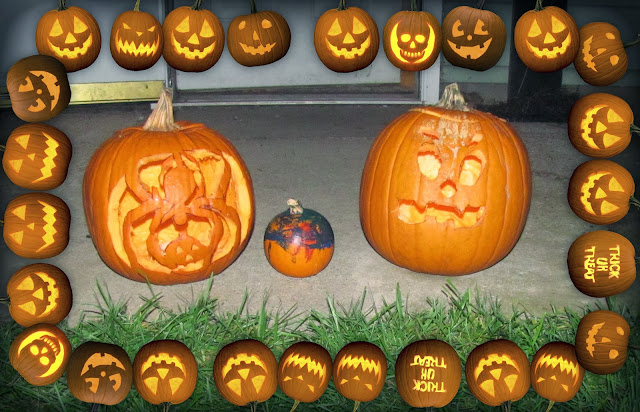 Now on to the next holiday and off to shovel snow.  Happy Halloween everyone!

Email ThisBlogThis!Share to TwitterShare to FacebookShare to Pinterest
Labels: Halloween

Halloween is on October 31st. Get it right, PA!